Home
Donald Trump Memes
Does Donald Trump’s Hair Have a Hidden Agenda? Unlike most of the GOP’s 2016…
ShareTweetPin 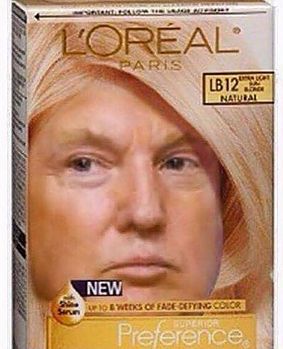 Does Donald Trump’s Hair Have a Hidden Agenda? Unlike most of the GOP’s 2016 Presidential Candidates, who sport the same, tired Republican haircut, short back and front, businessman, conservative, and empty between the sideburns, Donald Trump’s rusty-blonde helmet is a marvel of unnatural engineering. You can tell he dyes his shellacked comb over because it's never the same color. One day it shimmers like a petrified cockroach, glinting in the moonlight. At other times, his scowling dome takes