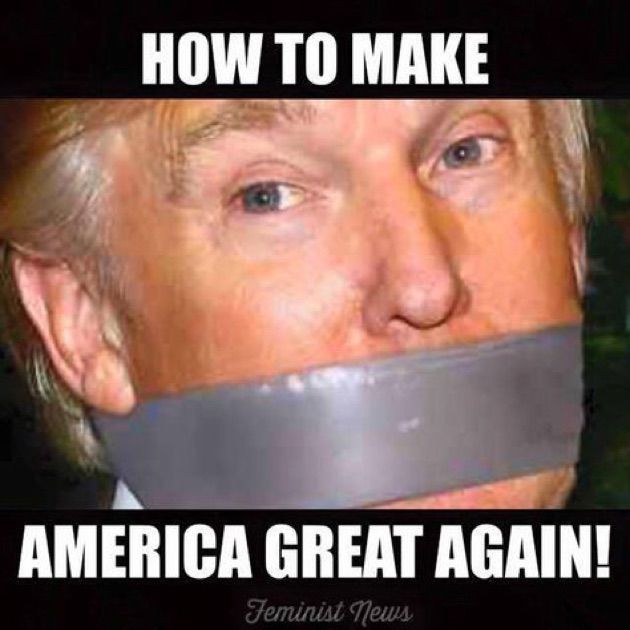 Donald Trump Meme. This is the last straw. Between this man, Chris Christie, Gov. LePage and Ted Cruz the Republican Party is a total embarrassment to the entire world. Their views are so outdated, they were even an embarrassment in 1965. I throw in the red towel and can no longer support a group of vile idiotic morons that absolutely no common sense nor intelligence to even understand the world that exists today,